We have created many short films both in the documentary and narrative short categories. The majority of the narrative shorts we’ve done were as part of the national annual 48 Hour Film Project. In this event teams of filmmakers are tasked with drawing a film genre out of a hat from drama to comedy, to sci-fi, and writing, shooting and editing the film in 48 hours. We do this for many reasons, mostly for fun, but also to find new creative people we can work with on larger projects throughout the year. we’ve been able to assemble a team of truly amazing folks! Our documentary shorts are slice of life quirky character studies that don’t fit the feature film format. We will be adding all of our library here over the next few weeks so stay tuned. 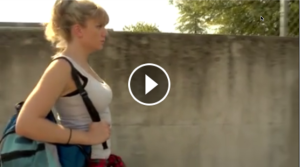 RESET is a short dramatic story about a woman who simply decides to walk away from everything. The film was made for the Nashville edition of the yearly 48 Hour Film Project. The quirky character study stars Catherine Holder, Nathan Seiveno, Katherine Tyler, Dwayne Pate, and bevy of other talented folks. The film was written and directed by Stephen Lackey. Keep in mind this project forces the creative team to do EVERYTHING from writing and directing, casting, shooting, and editing in 48 hours. The time limit forces things to happen faces and creative concessions have to be made. These films are more about testing your chops as a creative to see if you and your team can execute, and we have been successful every year we have participated.

This 48 hour film project was based on the “film de film” genre. This genre can be any sort of film where the lead is played by a female. Our film is a sci-fi story following two scientists tasked with interviewing the last group of candidates trying to board a space ship to leave Earth before the planet explodes. There’s comedy and tons of improv in this film. The film stars Danica Wozniak, Nathan Fleming, Catherine Holder, Alan Smith, Nathan Seiveno, and Dwayne Pate.

This 48 Hour film project was based on the “buddy cop” genre we drew. The story follows the misadventures of two bumbling detectives trying to discover the whereabouts of a missing doll. There’s much more to these cops than meets the eye. This comedic short features Nathan Fleming and Nathan Seiveno in the lead roles with Catherine Holder and Danica Wozniak. The film was directed by Stephen Lackey and written by Stephen, Nathan Fleming, and Danica. 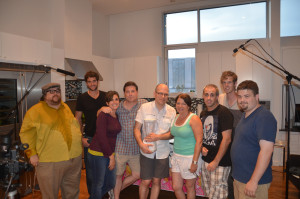 “Drag” was a short film for the 48 hour film project from the “Holiday Film” genre. This quirky and somewhat bizarre film follows a man as he hopes for a birthday celebration and instead finds all of his friends instead celebrating absurd but real alternative holidays. This film stars Nathan Fleming, Danica Wozniak, and Alan Smith.

CultureSmash is a project done for culturesmash.tv featuring Victoria Rodgiruez examining the chaos of the International Toy Fair 2012. She played with toys and games and met the eclectic entrepreneurs that make them, sell them, and love them. As we are apt to do with most projects we avoided the big chain companies and instead focused on the mavericks of the industry, the smaller companies doing the real innovation. 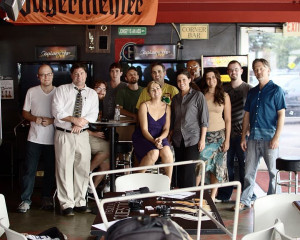 “Salon” was our suspense/thriller film for the 48 hour film project. That film followed a cop investigating murders at a salon run by twins. Which one is the killer? Is it both of them? This film was highly styled after Italian Giallo films such as Deep Red and it remains one of our most stylized films to date. That film starred Nathan Fleming, Danica Wozniak, and Chris Lee. 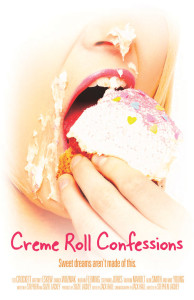 This was our first 48 hour film project and we were luck enough to draw “mockumentary” as our assigned genre. The film is a voyeuristic view of a group therapy session with people who have a sexual fetish for sweets and snack cakes. The film stars Nathan Fleming, Danica Wozniak, Alan Smith, Brittney Eskew, and Ted Crockett. The film was directed by Stephen Lackey.

Con Trek was a six episode docu-magazine series commissioned by Microsoft to run as part of the indie programming on the XBOX360 entertainment console. The series was based on the success of our documentary fans & Freaks. Brittney Eskew and Alan Smith played hosts on this show that dove into the wild world of fandom by visiting a variety of conventions all over the country from horror exclusive events to major multi-genre affairs, and smaller more specific shows.

This short documentary examined the world of direct casket purchasing rather than working through a funeral home system. The film looks through the eyes of a wholesale casket dealer whose store was located in a strip mall beside a check cashing place and a beauty salon. A little comedy relief comes from the hair stylists discussion of their experiences with the casket store being next door.

This short film documented a festival that celebrates an edible weed called poke sallett. There’s a poke sallett eating contest, a car show, and live music. The fans are definitely unique and highly entertaining. This slice of life shows that there are quirky individuals in all walks of life and in all fandoms.